We are glad to present the laureates’ latest news of the three last competitions.
Click on a laureate’s name to know his/her biography and how to contact them.

The Mariinsky Theatre invited Kalle Kuusava, the runner-up of the last year’s Competition, to conduct a new production: “The Maid of Pskov” by Rimsky-Korsakov. The premiere will take place on July 5th, 2015 during the “Stars of the White Nights” Music Festival. 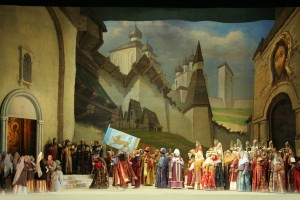 – On 3rd, 4th and 5th of June 2015 Andris Poga stands in for Maestro David Zinman to conduct the Tonhalle-Orchestra Zurich.

– Andris Poga, winner of the 2nd Svetlanov Competition, is back from a triumphal asian tour of November 2014 with Munich Philharmonic where he replaced the late Lorin Maazel and Valery Gergiev.

– he will make his debut with Oslo Philharmonic Orchestra, Stuttgarter Philharmoniker…

– assistant of the West-Eastern Divan Orchestra

– he works regularly with the Tel Aviv Israeli Opera

– October 2014 was also a very busy “russian month” for Robert Trevino, laureate of the 2nd Svetlanov Competition, with many concerts in Moscow : he conducted the prestigious Bolchoi Orchestra in Verdi’s Don Carlo, the National Philharmonic Orchestra of Russia in Berlioz Fantastique and Beethoven Triple Concerto with Vadim Repin, Nikolai Lugansky and Alexander Kniazev, and played at the Tchaikovsky Hall for the Galina Vishnevskaya Laureates Gala Concert.

– Associate Conductor of the Cincinnatti Symphony Orchestra since 2013/2014

– Principal Conductor of the Shippensburg Music Festival since 2012/2013

– unprecedented success at the Bolshoi Theatre, where he was initially engaged for a performance of Tosca in 2011. He made such an impression that the Bolshoi immediately invited him back for a residency consisting of two more seasons of Tosca as well as a new production of Don Carlo

– he will be on tour with the Orchestre Philharmonique de Monte Carlo at the Baku Rostropovich Festival (Azerbaidjan), and then in Florence

– 1st assistant to Daniel Barenboïm at Staatsoper Berlin since 2013

– very involved in the opera, he directed two co-productions of Rossini’s Il viaggio a Reims and Donizetti’s Don Pasquale in several French operas

– after his tremendous success at the Folle Journée festivals in Nantes and Japan in 2013, he has been reinvited in 2014