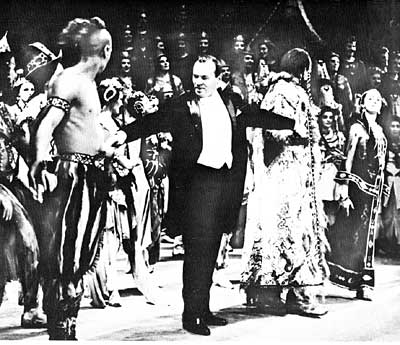 Svetlanov devoted himself to composition both fully and sporadically. Although he knew Shostakovich, Prokofiev, Khachaturian and Rodion Schedrin, his individual style differed markedly from that of his famous contemporaries: by his own admission, he was fairly “conservative”, deeply influenced by popular imagery (inherited from the Gnessin school?) and without question disarmingly spontaneous in emotional terms. His musical tastes were extremely eclectic and as a creator he sought to maintain a post-Romantic tradition drawn from Miaskovsky, of whom he was a leading proponent, and Rachmaninov. In response to the all too familiar question about a desert island, Svetlanov’s reply was as follows: “A desert island? Never. My colleague Yuri Temirkanov will tell you that he would gladly take a copy of Mozart’s “Requiem” …Personally, I would rather be on a star! With the score of Rachmaninov’s Symphonic Dances.” 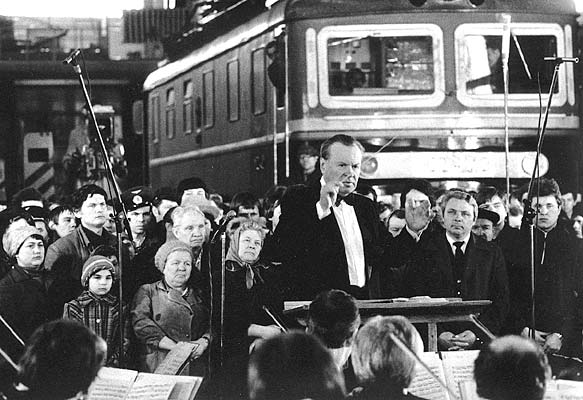 Evgeny Svetlanov, conductor, composer, pianist, author and a keen amateur fisherman and footballer, deeply influenced the musical scene in the second half of the 20th century. He died aged 73 at his home in Moscow in the night of 3-4 May 2002. Hailed by many including President Putin as one of the last giants of Russian culture, he lies next to his mother in the Vagankovo.