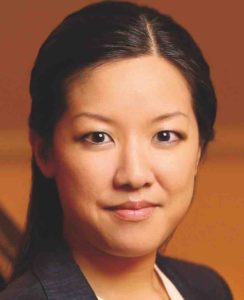 Erina Yashima started her musical studies at the Institute for the Early Advancement of the Musically Highly Gifted (IFF) in Hannover and attended her first conducting lessons at the age of 14. She completed her Master and Concert Examination degree in Conducting at the Hanns Eisler College of Music in Berlin under Christian Ehwald and Hans-Dieter Baum.
From 2013 to 2015, she was Music Director of the Rostock Students Orchestra (Germany). In 2013 she conducted the opera production of the Rheinsberg Music Academy and was given the Award of Outstanding Excellence.
In 2015 Erina took masterclasses with Riccardo Muti in Ravenna (Italy) and with Bernard Haitink in Lucerne (Switzerland). In the same year, she was chosen as finalist at the INTERKATION-Conductors’ Workshop (Germany).
Erina is the winner of the Chicago Symphony Orchestra’s Sir Georg Solti Conducting Competition and Apprenticeship for the 2016-2017 season and has recently extended her contract through the 2018-2019 season. She assisted Riccardo Muti, the Music Director of the Chicago Symphony Orchestra, as well as guest conductors, and has collaborated on several occasions with Yo-Yo Ma, the Creative Consultant of the orchestra.
She has conducted many German orchestras including the Konzerthausorchester Berlin, New Music ensembles of the NDR Radiophilharmonie Hannover and the Stuttgart Chamber Orchestra. She also collaborated with El Sistema musical education project in Venezuela.
In her Italian opera debut in 2017, she conducted Rossini’s La Cenerentola with the Orchestra Giovanile Luigi Cherubini in Luca and Ravenna and made her debut at the Salzburg Festival in Austria with Mozart’s Der Schauspieldirektor.