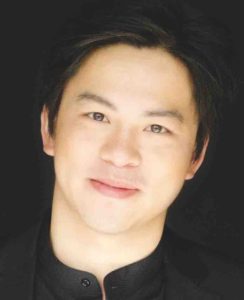 Haoran Li started studying the Piano from the age of 6 and performed at his first public concert at the age of 10. He studied the Orchestral Conducting under Professor Xia Xiao-Tang for his Bachelor degree at the Beijing Central Conservatory of Music in China. In 2011 Haoran moved to Germany to continue his musical studies at the prestigious Hanns Eisler College of Music in Berlin.
He was invited in 2012 and 2013 to attend the INTERKATION-Conductors’ Workshop in Berlin. He was appointed as a Conducting Fellow at the 2013 Aspen Music Festival in the USA.
He participated in masterclasses by many distinguished musicians including Daniel Barenboim, Seiji Ozawa, Gennady Rozhdestvensky, Jorma Panula, Bramwell Tovey, Nicolas Pasquet, Peter Eötvös and Tugan Sokhiev. His mentors include Christian Ehwlad, Hans-Dieter Baum and Horia Andreescu.
Haoran won First Prize at the 2014 Jeunesses Musicales International Conducting Competition in Bucharest (Romania).
He made his debut with the National Centre for the Performing Arts in Beijing, serving as Assistant Conductor for productions of Die Meistersinger von Nürnberg by Wagner. He conducted the Konzerthausorchester Berlin and the MDR Leipzig Radio Symphony Orchestra in Germany; the Moscow Philharmonic Orchestra and the St. Petersburg State Capella Symphony Orchestra in Russia, the George Enescu Philharmonic Orchestra, the Romanian Radio National Orchestra, the Sibiu Philharmonic Orchestra and the Banatul Philharmonic Orchestra in Romania; the Guangzhou Symphony Orchestra and the Hangzhou Philharmonic Orchestra in China.