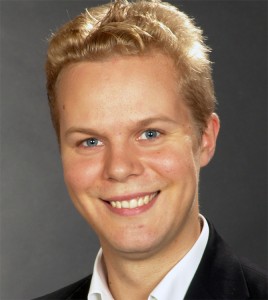 Conductor Kalle Kuusava is the winner of European Conductors Competition in Oslo in 2013 and laureate of the Svetlanov Conducting Competition which took place at Paris Salle Pleyel with the Orchestre Philharmonique de Radio France in 2014.
Born 1983 in Lahti, Finland, he studied the piano and chamber music first at the Lahti Conservatory and later at the Sibelius-Academy in Helsinki and University of Music in Vienna. He was accepted to a prestigious opera studio in Zürich in 2007, where he held a position as a coach and conductor. Since 2008 he is a member of musical staff in Norwegian National Opera in Oslo, where he has developed a broad operatic repertoire. He holds a master´s degree in orchestral conducting from Norwegian Academy of Music. He has taken part in master classes by Jukka-Pekka Saraste, Ilan Volkov and Jorma Panula. He has also studied Italian opera with Maurizio Arena in Rome.
Recent activities include ballet gala in Norwegian National Opera, concerts with Kristiansund sinfonietta, Turku Philharmonic, Kuopio Philharmonic and assisting Mikko Franck with Wiener Symphoniker at a contemporary production in Theater an der Wien. In Savonlinna Opera Festival he has worked on “Don Giovanni”, “Lohengrin”, “Madama Butterfly” and “Peter Grimes”.
Future activities include debuts with Tatarstan National Symphony Orchestra, Ural Philharmonic and Quebec Symphony Orchestra.